I had so much fun with Mel and Scott at our engagement session!  Their session really incorporated who they are as individuals and as an engaged couple.  We visited two different vineyards to celebrate their love of wine and they also brought their softball gear because that is an important part of their dating story and their engagement story.

Mel and Scott met playing softball.  They were good friends for a long time.  And then, all of a sudden, it happened.  During a friendly game of Mario Party on the Wii, they both opened up about their feelings for each other.  Fast forward one year later, as they were trying on their Mr. and Mrs. Met baseball costumes for a Halloween party, Scott popped the question!  If Mel was going to be Mrs. Met, she would need a ring!  The next night, happily engaged, they went to watch the Mets play in the World Series!  Not such a bad weekend!

I asked them how they knew they wanted to be together forever.  Mel said, “I knew Scott was the one when we were talking one night in my car after a softball game and dinner. I kept discovering so many interests that we had in common.  Paired with his amazing personality, I knew he was the person I wanted to spend the rest of my life with. It felt like one of those epiphanies from the movies (think Clueless!) where it just hit me all of a sudden.  The perfect person for me had been in front of my face for years without me realizing it.”  Awwwww.  Scott said he knew when Mel invited him over to play Mario Party and eat spaghetti and meatballs! I love it!!!

Mel and Scott chose to have their session styled by Shannon of More than a Moment Event Design and Decor. Amber, at A Salon, did Mel’s hair and makeup. The first vineyard we visited was Rosabianca Vineyards in Northford, CT. We love this family owned vineyard and they were so kind to us. Charlie, the owner, pointed out some great spots on the grounds to take pictures.  The tasting room has gorgeous views.  Plus, the room itself was just so pleasant to be in.  I loved the wood and all the beams.  After taking some pictures upstairs, one of the family members brought us to the first floor to get pictures by the tanks.  They were so kind and just as excited as we were to be there!  We then visited Gouveia Vineyards in Wallingford, CT.  The water was so pretty and we were getting some amazing reflections in there.  And then, it was sunset and the sky put on a show just for us.

It was an amazing session.  I had so much fun.  Mel and Scott did such a great job.  Shannon and Amber were instrumental in helping to create Mel and Scott’s vision.

**If you want to make sure you are notified when I publish Mel and Scott’s Wedding Post, please subscribe to the blog HERE. 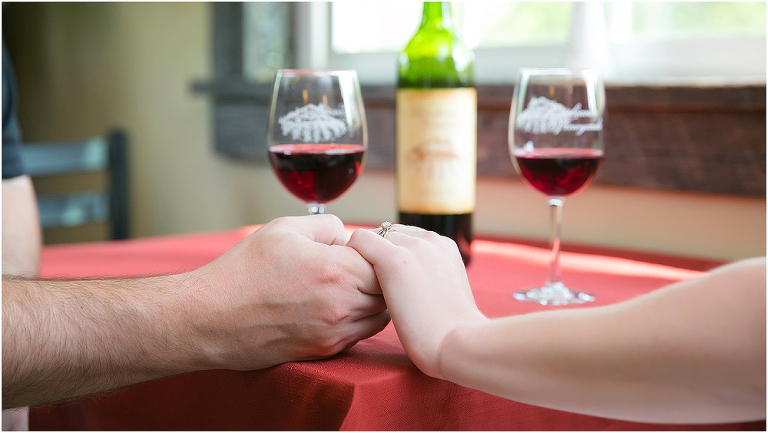 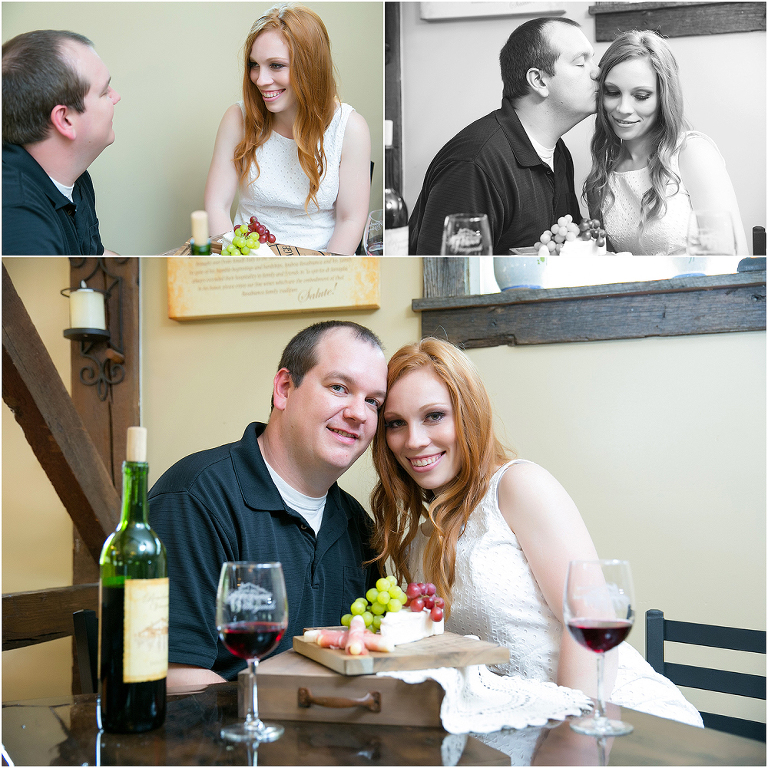 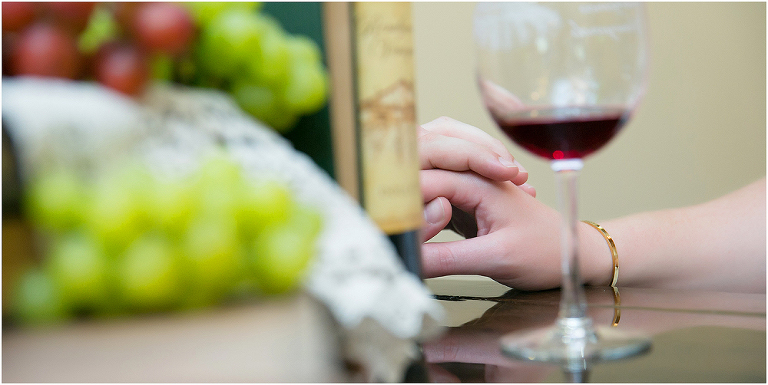 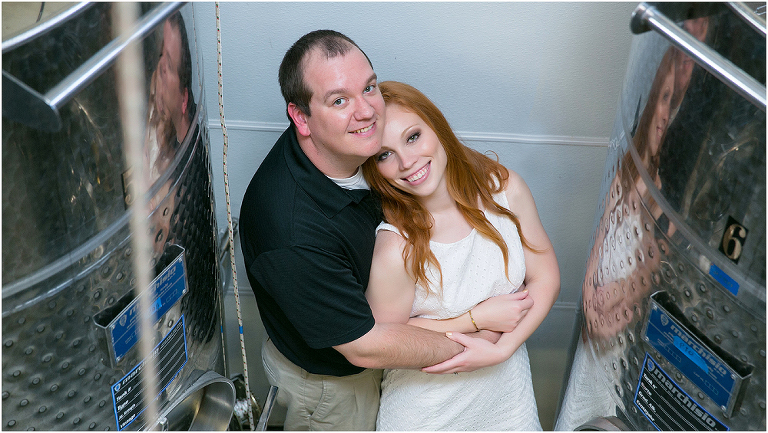 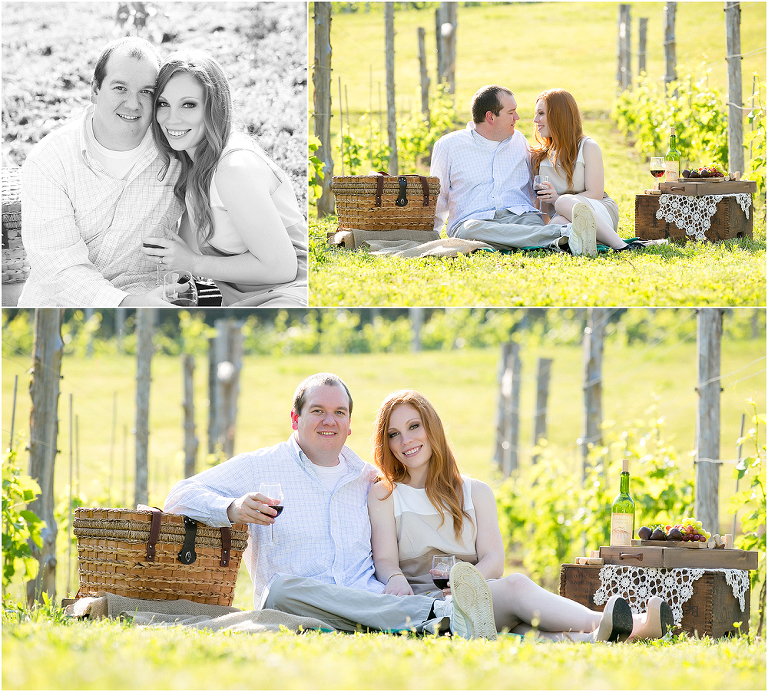 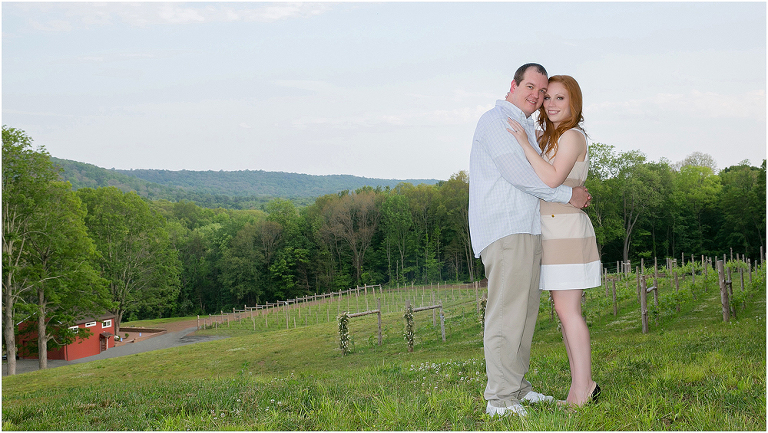 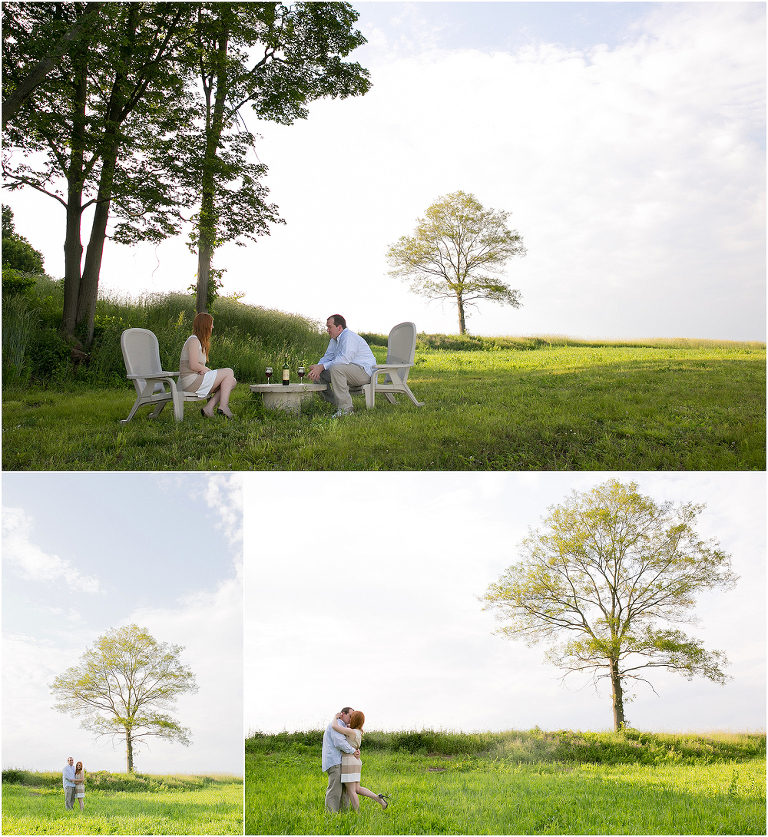 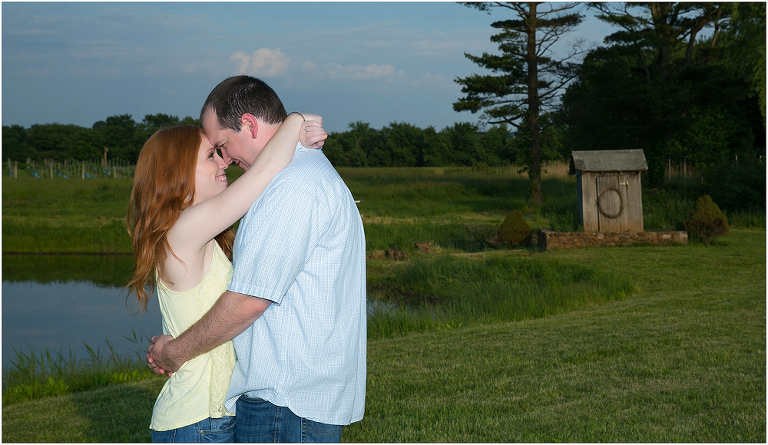 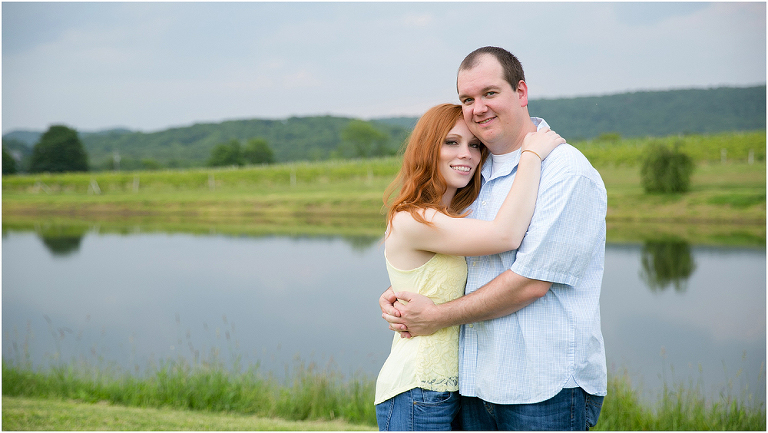 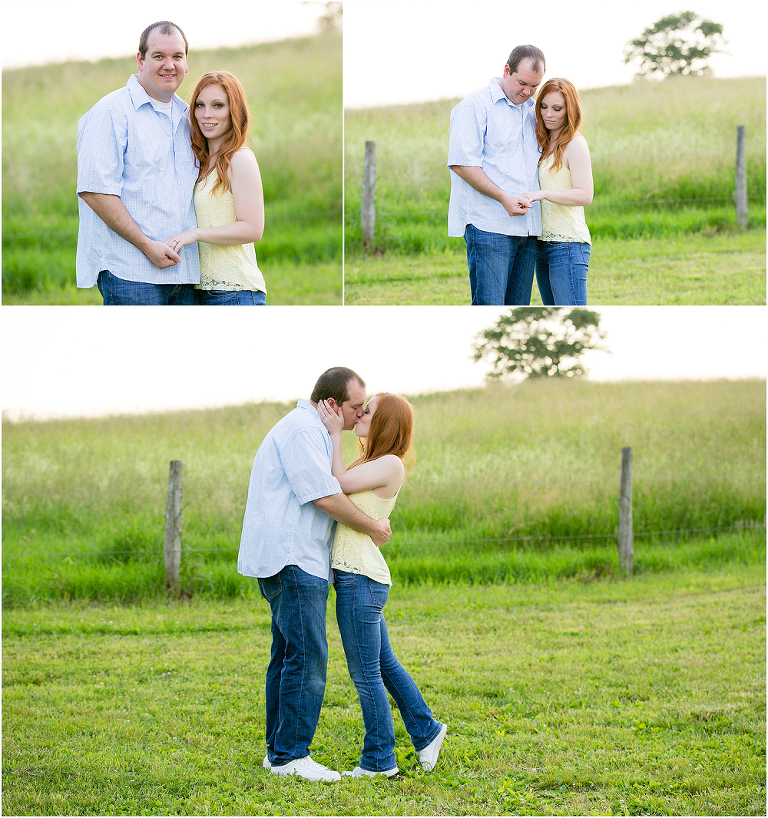 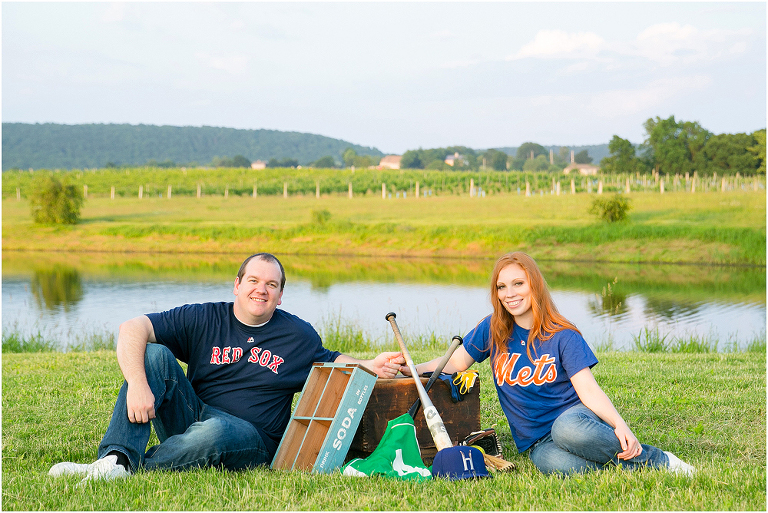 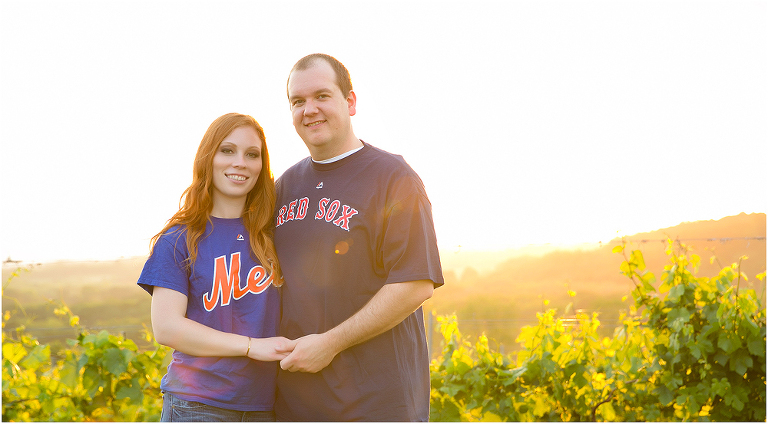 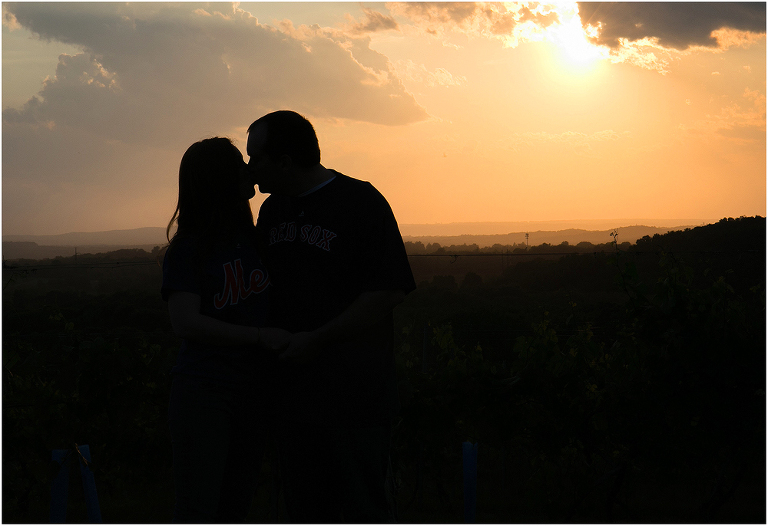